A downloadable game for Windows

NOTE: This demo is now fairly outdated. The game's mechanics have pretty drastically changed, and I would no longer say this demo is representative of what the final product will be. To see more up to date progress, feel free to check out my twitter where I post development videos regularly. Thanks!

In a world plagued by demonic spirits known as Ethers and Umbras, the Arbiter is the only person capable of defeating them.  You play as Ashe, a young boy (and the newly appointed Arbiter) whose job is to venture out and defeat the spirits that threaten humanity.

The Arbiter has the unique ability to transform between the spiritual Ether and Umbra powers, allowing him to fight back against the spirits that hunt him.  An Ether can only be defeated by an Umbra, and an Umbra only by an Ether. By constantly transforming, you can manipulate how these two powers interact to slay your enemies and complete your mission.

I'm the sole developer for Arbiter and in addition to my own savings, I'm currently funding its development through Kickstarter!  The game pretty much lives and dies by the Kickstarter's success, so please consider supporting it if you're interested!

The demo is a polished, fully playable tutorial level that will most likely appear in the final game. It's about 15-20m long, filled with various enemy encounters and a boss at the end.  The game is currently only supported on Windows (PC).

I recommend playing with a controller since that was the tutorials are specified for. The game is still fully playable with keyboard and mouse, however, and you can see the control layout for those here.

Feel free to play the game, stream it, record it, whatever you wish!  I'd love to get as much feedback as possible to help make it as good as it can be.

I've recently switched to Blender and Godot for my own game developments, and to make things a bit easier I've been working under Linux.  Although I do also have Windows, I'd like to play-test a Linux build if you were to make it available.

Pretty solid demo! I haven't gotten to the boss at the end yet, but I'll give my feedback on what I've played. The combat has a solid start! One MAJOR thing I gotta say is that not having combo finishers and just cycling the same two attacks 1-2-1-2-1-2-1-2 is very unsatisfying. So having combos end, and also maybe varying up the animation on each swing (like how Sora in kingdom hearts has 4 different animations for each swing in his 4 hit combo, since you yourself said KH was an inspiration) could go a LONG way.

Also, each monster feels like it has WAY too much health and takes too long to defeat. Like no regular enemy has that much health on the harder difficulties of Devil May Cry, and if they do, its a late game enemy that you are stronger and have more ablitites to dispatch that foe with. And having multiple groups of enemies with that much health is a pain.

Played your game last year and am pleased to see that your kickstarter looks to have worked. Excited for the full release.

First off, this Light/Dark concept was AWESOME! Really cool to see both elements needed to pass through certain areas. I do wish the environment was more fleshed out since it's only a barren wasteland-esque playzone. Maybe add some sort of plantlife and terrain that would fit with the transformation concept? Also, a controls tab would be helpful on either a pause menu and/or the start menu. I didn't even know I could shoot energy blasts at all. Either way, I'm DEFINITELY looking forward to seeing this game fully finished. Keep it up, dude; you're doing amazing!

Thanks for making this game demo, I enjoyed a lot.  Great moves, fluid control, feeling great so far. I love playing action games, here I recorded the boss fight and like to give a feedback:

It's nearly impossible to hurt the boss first, I can't see any attack opportunities between the dodges from the boss, I've tried to aim at the direction he might dodge to, and when I succeed I saw my sword swept right through the boss's mesh.(Also even I'm not locking on the boss, I still experience a auto-lock on) I like to be more aggressive in the boss battle, but seems like fighting back after the boss attack is the only option here. Also I think it will be more exciting if the boss attacks more randomly, making it hard to predict the boss's moves.

Hello there! I played your demo over on my youtube channel, I really enjoyed playing and the premise was also pretty cool, I liked alot here!

The graphic style is quite amazing ;)

Not sure if this is the place for feedback, but I feel that the camera shaking while battling is just awful, and really doesn't need to be there.

It makes playing the game UNBAREABLE.

Has a lot of potential!

I loved this and I hated it at the same time. That's when you know you've made a good game haha! Every time I got my buttocks handed to me I just dived back in and tried again, and having replayability is a fine asset indeed =)

Seriously though, I didn't hate it at all, the whole thing looks gorgeous, plays amazingly (even better with a controller I'd imagine but I like to make my life difficult!) and the little nugget of story piqued my interest enough for me to want to see more. Keep up the excellent work, I really hope you hit your Kickstarter goal!

Thanks Mikey! Really appreciate you spreading the word. I'm glad you liked it!

[WARNING: VULGAR LANGUAGE] I seem pretty harsh on the game here, but I really did enjoy it. I'd say make  the small enemies a bit more interesting to fight, and maybe make the attacks 'feel' a bit more. Otherwise, great game, and I'm definitely going to pick it up once it's released.

I loved this demo! I do wish there was a dash function while in combat, but I had a blast playing it and would love to see a full version!

This game looks awesome, I like the concept and the transform mechanic! I can't wait to see the other abilities and the various enemies. Good luck for the kickstarter!

My Video on Arbiter

A review from the RWBY:GE player

"A Naruto-ish vibe" is one of the best compliments I've seen, hah. Thanks!

but i dont know this is offline game or online game.

This is Cool Game,

Didn't get to beat the boss but got close. :)

haha the boss is very hard 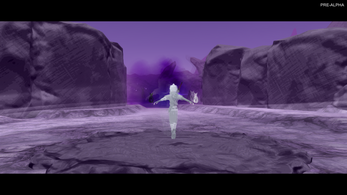 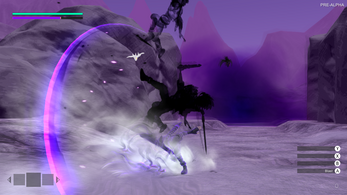 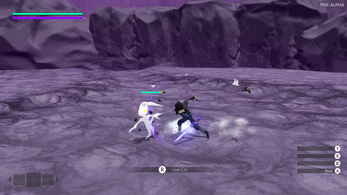 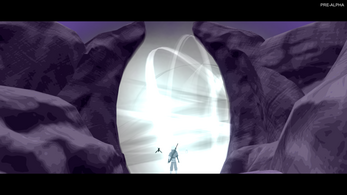 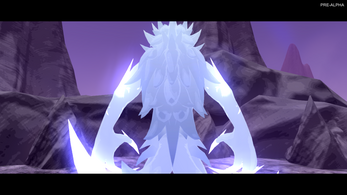